Founded in 1958 by the Committee To Honor Shozo Makino, a Kyoto born filmmaker often regarded as the father of Japanese cinema, the award is given to filmmakers who contributed to the development of Japanese cinema.
Kyoto Citizen Film Festival has selected and awarded the recipients from the 1st to the 19th recipient.
Starting in 1977, the Toei Koto Studio Park has taken over the operation of the award ceremony and selection as the voting system evolved over the years.
In 1982, Shozo Makino Award Corner had been set up at Cinema Culture Hall, exhibiting all the past recipients and various memorabilia.
In 1990, the voting system changed and the award was given based on a council system.
In 1977, the award ceremony took place during the 1st edition of the Kyoto Film Festival.
Since 1999, the 44th award was given at the Kyoto Film Festival and starting in 2014, Kyoto International Film and Art Festival will take over the operat ion of the award ceremony and announce the 46th recipient. 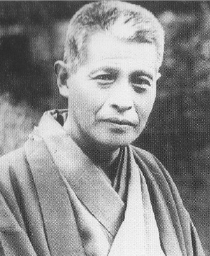 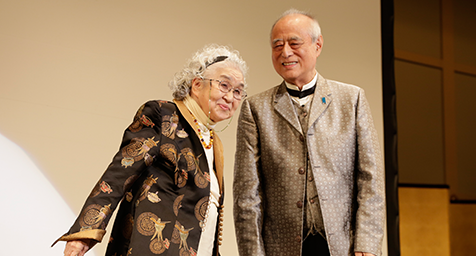 Toshiro Mifune is one of best-known Japanese movie stars of all time.
He appeared in a number of Akira Kurosawa films such as Rashomon, Seven Samurai, Yojimbo, and Red Beard, as well as movies directed by Hiroshi Inagaki such as Samurai Banners and The Rickshaw Man.
He is an actor who represents the best of Japan’s post -WWII movies.
The Toshiro Mifune award has been newly created for the Kyoto International Film and Art Festival.
This will be an award given to the actor who is most likely to make international impact on the film industry.
The award aims to support actors who play a major roles on the world’s stage, just as Toshiro Mifune did. 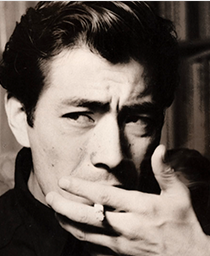 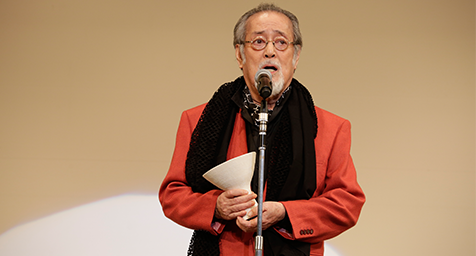 Featured at the Opening Premiere of the Kyoto Internat ional Film Festival 2016 will be the documentary film “Mifune:The Last Samurai”, which celebrates the life and achievements of Toshiro Mifune, an actor beloved by film-goers around the world.
This is the Japan Premiere of this film directed by third-generat ion Japanese-American director Steven Okazaki.

There is drama in the unbelievable incidents, and the shocking and scandalous events of real life, and because they are factual they reverberate even more in the human heart.
How do you feel when you are faced with realities that are not normally experienced in everyday life?
These documentaries and non-fiction films based on true stories will make you reexamine what a movie is, and what it means to be alive.

Feature of Tatsuya Mori
It’s no exaggeration to suggest that the unexpected hit of documentary film “FAKE” changed the way we see movies.
Along with the screening of this masterpiece by documentary film director Tatsuya Mori,the man himself will be invited to discuss the film and modern society.

The TV Director’s Movie, a tradition which started from the second Okinawa International MovieFestival,aims to be an ambitious work outside of existing genres,and is a coproduction between some existing television stations and Yoshimoto Kogyo Co.,Ltd.
Beginning in 2014,a portion of the productions at the planning stage saw the involvement of Aeon Entertainment Co., Ltd. in production planning.
This collaboration created a seamless mechanism for production, distribution, and screening, and aims to create a new trend in world cinema.
Following their work in Okinawa after this project is finished; the workgroup will be involved in a program in which a viewer can take in the entire series in one fell swoop.

The Kyoto International Film Festival’s “Special Screenings” shows works in advance of theatrical release, and other films which may only be able to be viewed on the big screen in a theater on an occasion such as this.
“Deru-cine –‘El Shuriken VS New Insect Deathquito’” is an audience participation film program from screenwriter Hirohito Goto.
This short film is shot and edited without scenes with extras.
On the day of screening, visitors are divided into several groups, to appear in various scenes as extras, and these scenes are then added to the film.
“Tomodachi” is a human drama that won two awards including the Best Foreign Language Feature Film at the Madrid International Film Festival in Spain.
We hope that you will enjoy our lineup which is full of variety.

“Special Screenings” is a program which shows great Japanese films, both old and new.
“Jidaigekiwa Shinazu: Chanbara Bigakuko” is a masterful documentary which highlights the centerpiece of the period drama,“swordfighting”, which has flourished in the heart of Kyoto.
Focus will also be on the omnibus“Tokyo Thrilling”, bringing together a colorful lineup including U-KWON from South Korean idol group “Block B” and fighter Yoshihiro Akiyama, and the masterpiece from director Masahiro Shinoda,“ Moonlight Serenade”, depicting the life of a family living in post-war turmoil.
Also featured are local community-based movies starring popular singers and Yoshimoto entertainers.
This fun lineup is sure to be enjoyed even by non-movie lovers as well.

Kyoto is the place where films in Japan was born.
This Rissei Cinema Project will be held where the first film screening in Japan was held.
Screening in this historical place is sure to bring special experience cinema complex or large theaters cannot bring.
Here, titled“ Rissei Film School”, holds screening for all ages to enjoy and learn about films from multiple angles.

2016 marks the 8th joint screening program of the Kyoto International Film and Art Festival and the Okinawa International Movie Festival.
Scheduled films are "Nabbie's Love" directed by Yuji Nakae who was born in Kyoto and lives in Okinawa, and "The Man Who Changed Okinawa" starring Gori.

Four different programs featuring silent movies, the origin of cinema, will be presented.
The genius of Charlie Chaplin, the king of comedy who swept the world leaving an enormous footprint on the history of cinema.
The master of Japanese cinema, Yasujiro Ozu.
This short comedy masterpiece selection will screen short gags from American comedy, toy-themed family movies, and the‘ Little Rascals’ series will be screened, with narrators and live music.
We hope you will enjoy the charm of these live performances!

3rd Annual Kyoto International Film Festival “Yuya Uchida Presents” Two works will be screened, “Yuya Works”, which follows Uchida himself as he travels around the world, and “Kyohansha(Accomplice)”, a hard-boiled action starring Naoto Takenaka and Kyoko Koizumi.
This program is sure to charm both Yuya Uchida fans and all others with his cool rock'n' roll character.

The Kyoto International Film and Art Festival is not the only film festival in Kyoto！
A variety of concepts from the unique birthplace of movies has led to a great number of artistic movie festivals and movie events currently being held.
In this category, starting with movie screenings recommended by peo1le from the movie festival held in Kyoto, viewers can enjoy the features of each particular film festival.

This Film Festival is held at venues throughout the Kyoto city area (the area bordered by Kiyamachi, Oike, Karasuma and Shijo), including Shinkyogoku, sponsored by the Shinkyogoku Shopping Arcade.
This festival was reborn as Kyo Machinaka Film Festival after its area was expanded in 2013 from its predecessor, the “Shinkyogoku Film Festival”.

With the theme, "Delivering the hearts of the world,"this year marks the 10th Kyoto International Indies Cinema Festival.
Selecting highly educational and perceptive short films, the 12 prize-winning works from 5 countries in the "Kyoto Movie Awards 2016" will be screened.
The talk session will be debating on the theme, "What is the essential role of visual media?"