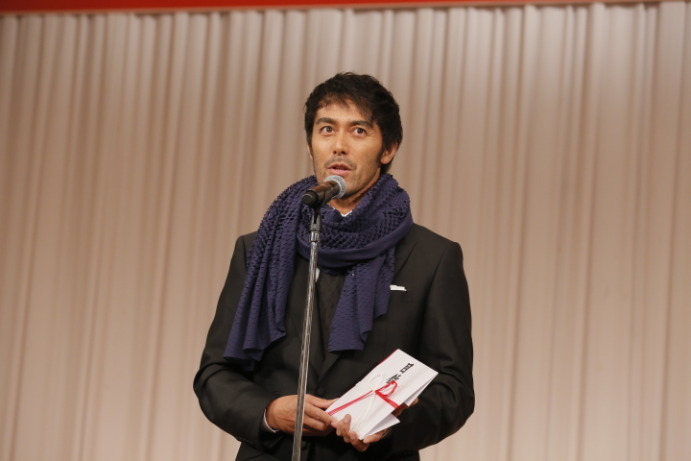 MCs Yuichi Kimura and Yukiko Takeuchi kicked off the closing ceremony at Hotel Okura on Sunday 16th October, after four days of film and art exhibitions were held throughout the city.

Chairman of the KIFF Executive Committee, Ichiya Nakamura then took to the stage. “I am glad nobody died during the festival,” he joked, explaining his excitement at the success of the event and looking forward to the 4th edition.

The Mayor of Kyoto Mr Daisaku Kadakawa the followed on stage. “I visited many places to see the films, and I am very grateful for the support of the staff. thank the committee for arranging. Kyoto plans to work more ASEAN countries and I hope we can use that connection in the future” he said.

Akira Amamiya, from the Culture and Sports section of Kyoto prefecture said “the people are very disciplined, but when there is a festival, they explode with joy, and we look forward to building one of the major festivals of the world.”

The ceremony then welcomed actress Ms Reiko Takashima as a special guest. She paid tribute of the slain film director of the film “The Abandoned Land,” who died during a terrorist attack in Belgium.

The Toshiro Mifune Award, given to the actor who is most likely to make international impact on the film industry, was then announced. “Toshiro Mifune was a one of a kind, and he presented a unique way of Japan to the world,” said film critic Tadao Sato.

Hiroshi Abe was then announced as this year’s recipient of the award, and after bowing to the audience gave him a very warm reception. “I’m delighted,” said Abe. “I saw many of Mifune's films and I have remade two of them films as TV drama and a movie. I played Mifune in one of those works,” he explained. “Even nowadays young actors also absorb many things by watching Mifune’s works.

“I joined an international film festival this year and I heard how Japanese films are difficult to be accepted abroad, but we should challenge in this field. I think I should challenge myself as well and I will be happy if I can take a part in that. I have played foreigner's roles in some movies and I'd like to be more involved in foreign films and exporting Japanese movies,” added Abe.

“I think that this has been a really good experience in my life. I will make more effort to work even harder as a result of this experience,” concluded Abe. 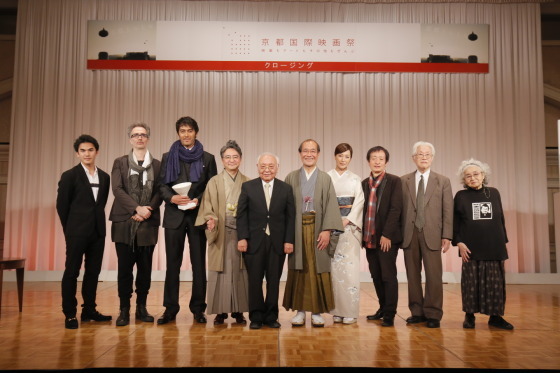