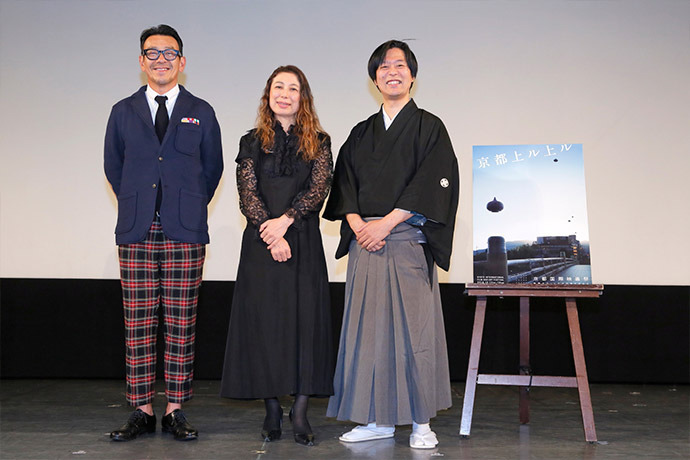 KIFF was proud to offer a World Premiere screening of a rediscovered and fuller version of A Straightforward Boy, an early short film by the universally renowned film master Yasujiro Ozu.

A Straightforward Boy and The Lady and the Beard were shown as a double bill at the Yoshimoto Gion Kagetsu theater on Saturday October 15th.

A Straightforward Boy (1929) is representative of what was considered “modern” silent comedy in the 1920s, and is thus a historically important work. This is amplified by the fact a more complete version was recently discovered. KIFF is proud to feature its worldwide premiere. The screening of The Lady and the Beard (1931), considered representative of “nonsense comedy” from that period, was also highly anticipated.

For the latter work Ichiro Kataoka served as the the silent movie interpreter, or benshi, and Mie Yanagishita played piano to accompany the benshi, who describes the action to the audience and offers his insights.

Kataoka described the recently discovered version as enlightening. He noted that Ozu was a master of the silent movie in addition to the talkie and this work is completely different from something like his later masterpiece Tokyo Story.

A Straightforward Boy started with light piano melody, it vividly matched the images on screen. The perfect combination of image, inter-titles and the sound let the audience delve into the story. The superb benshi techniques of Kataoka were on display. He moved freely between speaking to adults and children, as well as men and women, effortlessly including all in the audience. Yanagishita’s piano was also perfectly matched to the scenes, it added extra charm to the ambience.

The Lady and the Beard from 1931 followed. The benshi interpretation by Kataoka and piano work by Yanagishita was finely tuned and resonated with the movie. Even though it is over 80 years old the love between the characters, as well as the punch lines, did not feel out of date at all. 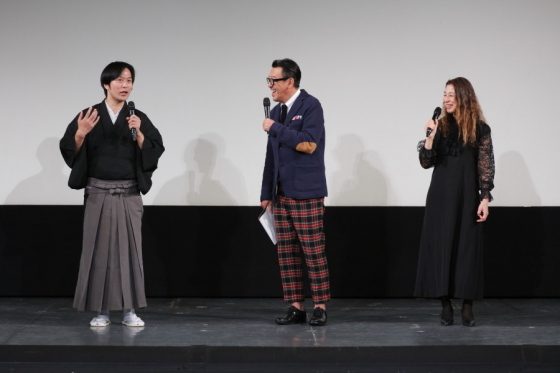