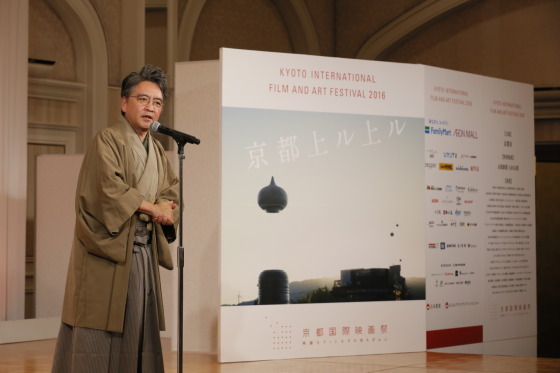 Prior the beginning of the festival, new Chairman of the KIFF Executive Committee commented that Kyoto is a “miracle city, competing with the rest of the world as the most popular tourist destination.”

And just before the closing ceremony on Sunday October 16, he was delighted with the progress the event has made this year, showing clear delight that events were held at some of Kyoto’s most famous heritage locations. “Maybe next year we can have a red carpet at Nijo Castle” he said, revealing his aspirations to expand the event to as many places as possible in the city year on year.

“My aims as Chairman were three,” he said. “First, the festival has the title ‘Film, Arts and Everything Else,’ and I want to focus on the last part. Second, Kyoto is a city with a clear grid system that runs north to south and east to west, I would like us to expand to include as many locations as possible, including more colleges. And third, we want to open it up to include everyone,” he added, referring to the fact that Kyoto has the largest student population in Japan, and is a top destination for tourists.

With the festival held just before the Tokyo International Film Festival, Nakamura revealed his hope that the two may work together in the future for mutual benefit. “Although Kyoto people always have a mindset against the new capital, Tokyo has a big unit of major film companies, and we would like to show something different, from a different position,” he said.

“We want to be hand in hand with Tokyo, but Kyoto’s characteristic is described in the theme, and we would like to feature not only films, but art and everything,” he reiterated.

“This is third edition but as we continue to the 4th, 5th and 6th editions maybe the form and style of the festival might be changed with more collaborators, but that’s exactly what we expect, we like to change make something new continuously,” Nakamura added. 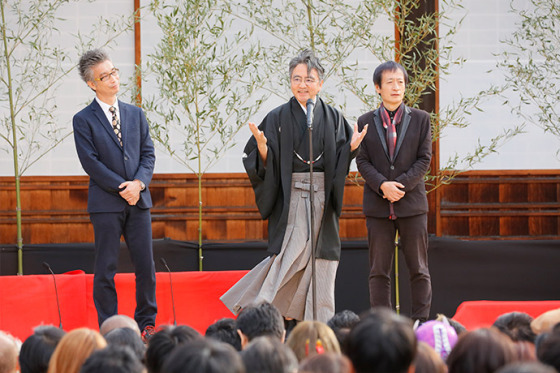