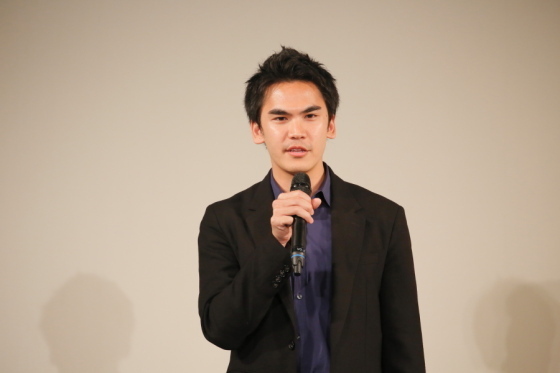 KIFF’s opening film, Mifune: The Last Samurai, depicted the life and films of arguably Japan’s greatest actor, Toshiro Mifune. His Grandson Rikiya was one of the producers of the work and has been heavily involved in the project since its inception.

In an interview Rikiya explained the origin of the film. “This project started (with) the producer from Sedic Toshiaki Nakazawa, an international producer who did the Academy Award-winning film Departures…initially he brought to my family company the idea about publishing a biography about Mifune. Things moved forward since he was also a movie producer. Depending on how well the book did he wanted to propose making a documentary. Fortunately the book was a very big success, so he started to create a production committee, and that’s how this project began.”

Rikiya noted that the production team was essential in bringing aboard the most important team member. “When we were looking for a director one of the producers had a connection with director Steven Okazaki who won an Academy Award a couple years ago and also he was nominated many times in the past so we thought to approach him. Fortunately he was also a big Mifune fan and fan of the Kurosawa films. He was very happy to accept.” Rikiya alluded to the complex nature the project. “We started shooting in 2014 so it’s already been two years. It wasn’t a coproduction but the director is from America and production company is in Japan so there were lot of complications there. So (producer) Taro (Goto) was involved and there were a lot of bilingual staff members. So I think what’s interesting about the project is its a kind of a coproduction.”

It started off using Stuart Galbraith IV’s book The Emperor and the Wolf, about Akira Kurosawa and Toshiro Mifune, as a base and Galbraith would be brought onboard and credited as a writer along with Okazaki. “Steven took a lot of excerpts from there” observed Rikiya. The producer stressed that Okazaki took control of the mission. “Steven is very firm with his vision. He doesn’t bend even if the producers would say ‘ok, we want this kind of footage’ Steven would say ‘no, it doesn’t fit in the film.’ ” “Mostly we tried to give Steven artistic control.”

The effort was able to attract major Hollywood names. Keanu Reeves did the narration and both Steven Spielberg and Martin Scorsese agreed to be interviewed for the film. “Most of the interviews I was able to do myself” beamed Rikiya. “That kind gave the interviewees a connection (to my grandfather). When they talked about Mifune their expression kind of lights up and it symbolizes the glorious movie days they spent with Mifune.”

Rikiya summed up, “(my grandfather) was probably the first Japanese actor to break through internationally after the war so his legacy needs to be kept important.”